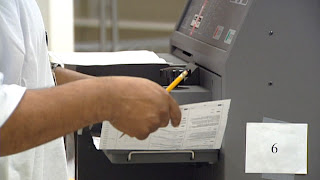 This seems like the most logical, convenient, cost-effective, and hack-proof way that all states could be running their elections. Why invest in all the equipment, staff, time, and polling place locations when everyone could just mail in their paper ballots?

Thanks to Cynthia McFadden and Kevin Monahan of NBC News who wrote this article, titled 'You can't hack paper': How Oregon fights election meddling, on how Oregon Votes.

Oregon instituted vote by mail in 1998. Colorado and Washington also vote by mail and some states have a vote by mail option. I took advantage of this method in Minnesota.

However you vote in your state be sure to vote! It is your right and duty as a citizen. No complaints on policy and the direction of our country if you don’t participate! 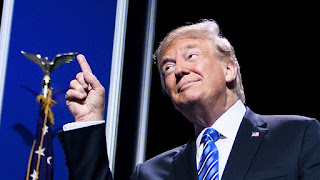 Mr. Elving is a Senior Editor and Correspondent on the Washington Desk for NPR News, where he is frequently heard as a news analyst and writes regularly for NPR.org. He was previously the political editor for USA Today and for Congressional Quarterly. He has been a Distinguished Visiting Professional in Residence at American University, where he is now an adjunct professor. In this role, Elving received American University’s 2016 University Faculty Award for Outstanding Teaching in an Adjunct Appointment. He has also taught at George Mason and Georgetown University.
Posted by Edward R. Eroe at 15:40 No comments: