Robert Reich Nails it Again! Excellent Post on 2017 and Some History on Why We Have the Income Inequality We Have Today! Unfortunately, it is Only Going to Get Worse with the Latest Tax Bill. 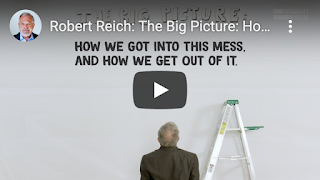 I follow Robert Reich and he has posted some of the best commentary and facts on a variety of subjects. This post, titled A Year with Trump, includes a great video on how we got to where we are with income inequality.

Robert Reich is Chancellor’s Professor of Public Policy at the University of California at Berkeley and Senior Fellow at the Blum Center for Developing Economies. He served as Secretary of Labor in the Clinton administration, for which Time Magazine named him one of the ten most effective cabinet secretaries of the twentieth century.
Posted by Edward R. Eroe at 19:26 No comments:

Support Al Franken to stay in the Senate 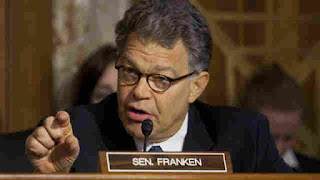 Please sign this petition! Minnesota Senator Al Franken should not resign and there needs to be a full Senate Ethics Investigation completed.

I believe that some of these accusations will be shown to be politically motivated and not true. Democrats are trying to be self righteous in pushing Senator Franken out, which is very misguided. Innocent until proven guilty and not guilty by accusation! Go to this link at Change.org to sign the petition.