James Hansen: Why I must speak out about climate change 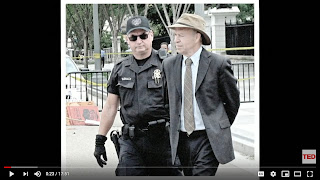 I subscribe to the TED Podcast (TED.com) which has very interesting 15 minute talks on Technology, Education, and Design.

This TED Talk video, titled Why I must speak out about climate change, is by James Hansen, a top climate scientist and Adjunct Professor of Earth and Environmental Sciences at Columbia University’s Earth Institute. He tells of his involvement in the science and debate on global climate change over his long career and outlines the overwhelming evidence that change is happening and why that makes him deeply worried and that we must do something now.

Professor Hansen offers a solution which basically says that we need to subsidize or provide tax credits for alternative energy rather than continually doing so for fossil fuels which are creating a blanket around the earth and thus warming the planet.

Regardless of your opinion on global climate change this video is well worth watching. Thanks to TED and James Hansen for making this video available.
Posted by Edward R. Eroe at 13:25