When It Comes To High-Speed Internet, U.S. 'Falling Way Behind' 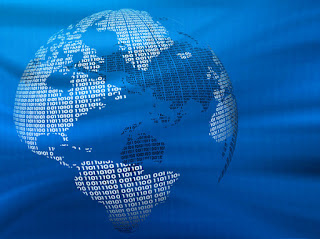 This NPR article and NPR interview, titled When It Comes to High-Speed Internet, U.S. 'Falling Way Behind', by Susan Crawford addresses concerns I have had for several years!

The issue is the United States is falling behind other countries in our speed and access to the Internet. The Internet is much like the Interstate Highway System, that was conceived and developed in the late 1940s and 1950s.

In fact, I felt that during the recession that we should have been pouring recovery money into developing super high speed service in both urban and rural areas. Just think of the commerce and business development if reliable access was available everywhere. Instead we have gone the private route that has not developed capacity and instead is more concerned about keeping things the way they are to insure profits.

Our standing in the world and future economic growth is dependent on the United States addressing this problem head on. This article by NPR clearly shows, we are being passed up by other countries, even as I write this post.

Susan Crawford is the John A. Reilly Clinical Professor of Law at Harvard Law School. She served as President Barack Obama's Special Assistant for Science, Technology, and Innovation Policy (2009) and is a columnist for WIRED. She is a former Board Member of ICANN, the founder of OneWebDay, and a legal scholar. Her research focuses on telecommunications and information law.
Posted by Edward R. Eroe at 14:19