In Defense of Obama 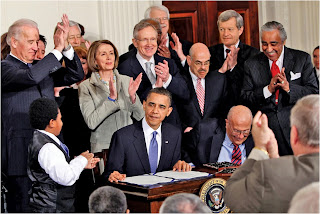 Paul Krugman writes an excellent piece, titled In Defense of Obama, on the presidency of Barack Obama.

No matter what your political leaning this is a good factual read on the many successes of our president. The article was published in the October 23, 2014 issue of Rolling Stone Magazine.

Paul Krugman is an American economist who is the Distinguished Professor of Economics at the Graduate Center of the City University of New York, and a columnist for The New York Times.
Posted by Edward R. Eroe at 14:04