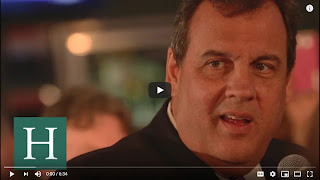 This is the sanest speech that I have ever heard from New Jersey Governor Chris Christie!

The video of his speech titled, Chris Christie's Plea To Change How America Handles Drug Addicts, has gone viral and, I can see why, because it is a very personal account of his mother and a law school classmate who were addicted to nicotine and pain medication respectively.

The speech was given at a campaign event in Belmont, New Hampshire and his message is that addicts need to be treated instead of judged and jailed. Christie went on to draw a parallel between his pro-life views on abortion and addition. He said “I’m pro-life, and I think that if you’re pro-life that means that you have to be pro-life for the whole life, not just the nine months they are in the womb. It’s easy to be pro-life for the nine months they’re in the womb. They haven’t done anything to disappoint us yet. They’re perfect in there! But when they get out, that’s when it gets tough.”

No matter your views on Chris Christie, abortion, or addiction this video is worth watching!
Posted by Edward R. Eroe at 12:47